How to Succeed in Business- drink Redbull 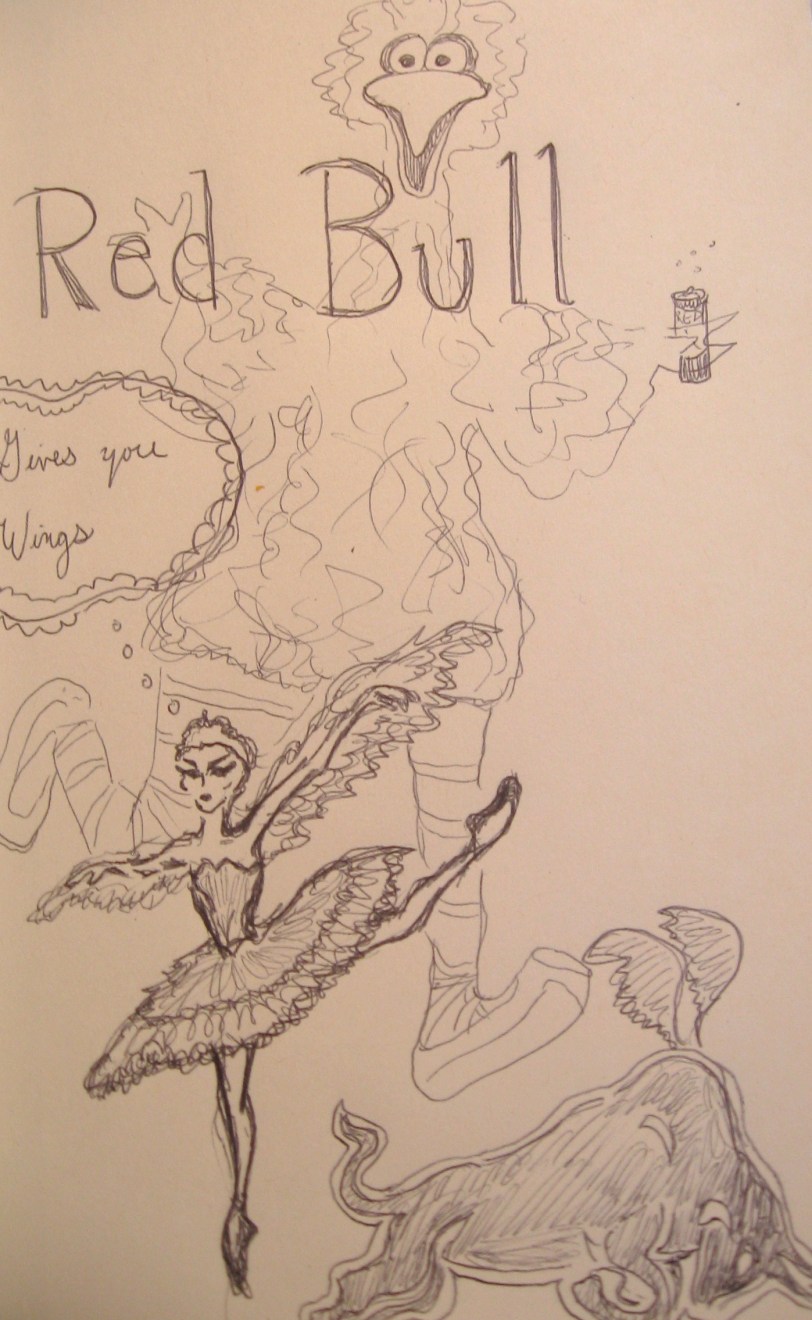 o plays Harry Potter and my long-standing crush- is currently on Broadway starring in ‘How To Succeed In Business Without Really Trying’. I hear he has to dance quite a bit in it. Why, oh why, did I move from New York?

Anyways, I don’t know how to succeed in business without trying but I’m pretty sure it’s a safe bet to say that you do NOT succeed by spending your free time doing stupid drawings, like this one:

I was looking at the #5 edition of the Art and Culture Publication, “Elephant’ (I’ve attached a link to their site- the site is great because it flips through the pages so that you can see the contents) There was a great article on a really cool artist Raymond Pettibond who is famous for using dark and disturbing cartoon images as well as album art (for instance, he is behind the artwork for the band ‘Massive Attack’ and if you haven’t heard of them, go check out ‘Mezzanine’. Or watch the show ‘House’ because the theme song is by the band). Anyways, there was  this amazing mixed media piece that looked at first glance, a lot like Picasso’s ‘Guernica’,…until you see a giant Donald Duck looming over the distorted figures.

If you live in St. Louis, you know about ‘the loop’ and probably every restaurant/store/coffee shop on Delmar Avenue, but if you haven’t been to ‘Meshuggah’ I suggest you go. It’s right across from the art supply sore. The last time I was there, the guy at the next table was painting a cartoon strip. Between witnessing that and the edition of ‘Elephant’, I’ve been inspired to draw. I think Red Bull should jump on the ‘Black swan’ band-wagon and use my lovely ballerina sketches to promote a new product called either Red Swan, Black Bull, or Reddish Blackish Old Gray Bull. it would have grey goose vodka already mixed in. I would submit my genius plan to the company but I only know how to succeed in business without really trying, and that sounds like a lot of work. And no one appreciates hard workers these days anyways. Just watch this video and let Donald tell it like it is.

*project update- I’m waiting to hear back from the head of the St. Louis chapter of JDRF to go over some ideas for fundraising and ways that my independent project could be tied to their wonderful non-profit status. Also, within the next few days I am going to contact the people who I interviewed for the soundtrack of my piece and see how they feel about having their pictures/ a little about them up here, to help show the faces behind the project. I’ve also added a few links to this blog: two dance news sources, the official jdrf site if you want more information on that, and the link to the OTHER ‘bodies never lie’ (though I started mine first, so I’m going to say I’M the trendsetter here).