Who’s Afraid of the Peppermint Man?

It’s a week until Halloween and I still have NO IDEA what I’m going to dress up as. There are too many options. I need a theme to narrow down the field of choice.

I mentioned in a previous post that I think a messed-up fairy tales party would be a fun theme. It is with this in mind that I present to you….SNOW WHITE AND THE BLACK LAGOON 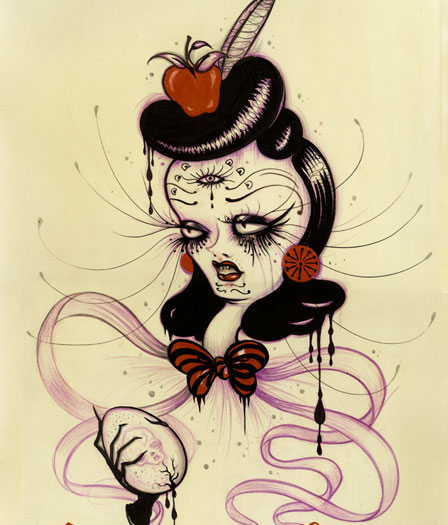 This is from a new series (for a gallery in LA to open in March) by artist Camille Rose Garcia.

I love her stuff- it’s so weird and creepy and cutesy and gruesome and fantastic. Like a Japanese anime version of Heironymous Bosch’s triptych of ‘The Garden of Earthly Delights’ (but only the Hell panel). 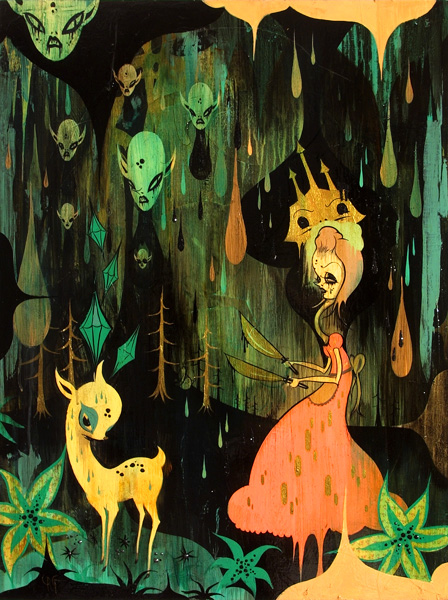 I am a big fan of the ‘subterranean orphans’ gallery and the ‘UltraViolenceland’ gallery– but it’s all good.

If you go to her website, she has some of the series arranged as little movies. I strongly suggest everyone take two minutes to watch ‘Who’s afraid of the Peppermint Man?‘ This little doodle freaks me out. He’s like the evil brother of the Planter’s peanut man. “Who wants a snack!? !!!!”    (I think Tim Burton needs to get in on this and make another claymation film, like ‘the Nightmare before xmas’) 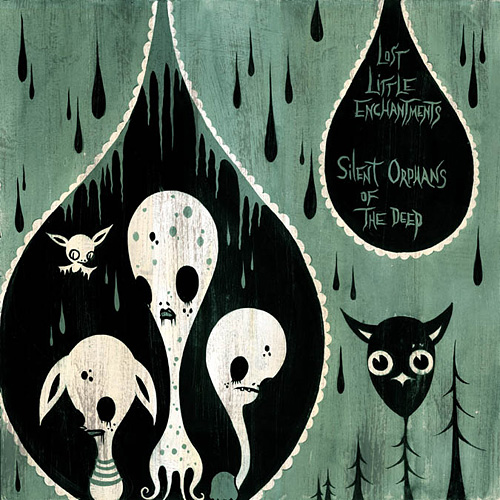 Speaking of messed up fairy tales, I am really excited about the new NBC series ‘Grimm’- a crime-investigation drama centered around fairy tales. I love all bad crime-ish shows like Bones and CSI and I obviously have a thing for fantasy in classic/children’s literature form. Here’s hoping it isn’t terrible- though I will probably love it regardless. It seems that I tend to be quite taken by awful stuff.