Say ‘Christmas’ to most people and you’re likely to conjure up images of festive decorations, parties, excessive eating, family and friends. Say it to a ballet dancer and ‘Nutcracker’ probably also makes its way onto that merry wish-list. Whether it’s the wonderful Tchaikovsky score, the inclusion of children in the cast, or the publicity, for whatever reason, The Nutcracker is usually the big-seller for ballet companies. As the bread-and-butter that generally funds the remainder of the season, it would be easy to assume that the perennial ballet becomes stale. However, the fact that every ballet company around does a version every year adds the pressure to make yours singularly special. The Nutcracker in itself is akin to a constant in an experiment, a vessel to showcase the unique creativity and skill particular to a company. The 2012 production of the holiday classic done by the St. Louis Ballet was just that. 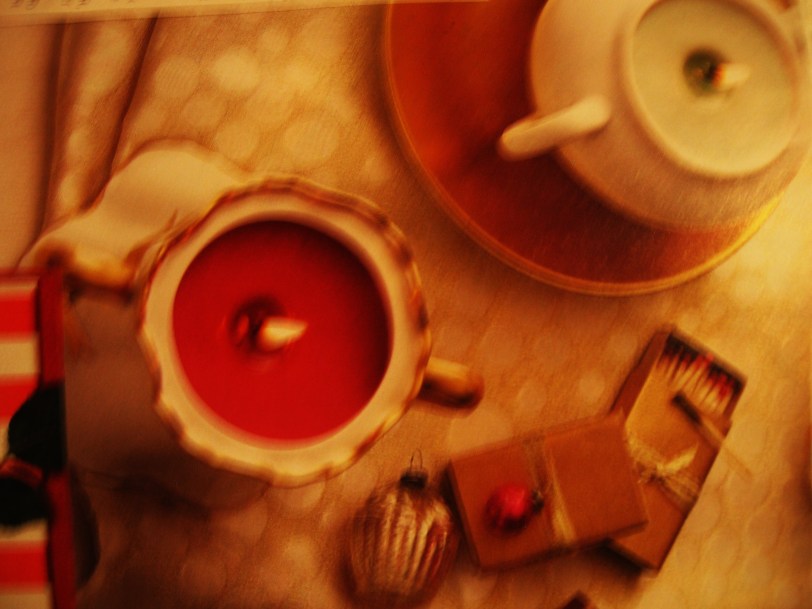 Act One began as many productions do, with guests of the party scene journeying to the Staulbum house, drawing the audience likewise inside the story. We are introduced to Clara, the protagonist of the story sometimes danced by a young student, others by a short but professional dancer. The role in this production was danced by Emma Hackman, a talented pre-professional who brought special charm and spirit to her character. The party scene in itself is often an opportunity for storytelling more-so than challenging dancing. There were moments when the party guests weren’t similar in line, particularly how far back the ladies were bending at the end of the first dance. I am unsure if this was a deliberate choice to develop character or if they just weren’t together. It can be a challenge for choreographers to abandon advanced ballet technique and stick to appropriate social dancing of this era, not to mention working humor and children into such a scene.

This production not only had beautiful formations and characterization within the adult dancers but the children were used to great effect. It is usually pretty clear when children are used merely as ticket sales, shoved in a costume off to one side of the stage only to come out for one lack-luster dance in the hopes that all of their family will buy up the seats. The children in this production however, were integrated throughout the scene, well-rehearsed, and added a youthful energy. It was particularly nice to see them partnered with the adult dancers, and the group of boys were rambunctious when they needed to be, clean in the dancing moments. The most dazzling dancing came appropriately from Michael McGonagel as the Harlequin doll. He might as well be a dradle with his multitude of pirouettes, but he lands much better and that isn’t a very ‘Christmassy’ toy anyways. Everyone brought personality and care to their role, especially Michael Monsey as Dr. Staulbaum who was eye-catchingly funny in seemingly small moments.

The battle began with a lesser-known snippet of Tchaikovsky’s score and there was an odd moment when Drosselmeyer was in near-darkness center-stage I’m assuming working magic on the Nutcracker. It was too dark to really see what was happening. In came the mice in an array of sizes and ages down the aisles much to the audience’s delight. Joining the Nutcracker Prince were the blue, red, and bunny soldiers as the scenery of the house disappeared to leave an empty stage. This clever move allowed for Artistic Director and Choreographer Gen Horiiuchi’s mastery of staging to shine. Without the distractions of added sets, the addition of firework-like lights helped expand the space and frame the mounting tension. Overall, the students were well-rehearsed, the mice and bunnies adding a toy-like cuteness and skill well beyond their apparent age. The choreography was charming and cluttered, pausing in picturesque moments to clarify the action. It was nice to see a version of the battle that pared the stage down yet didn’t lose any of the wonder or dancing.

Beyond the opulence of the party scene and the colorful explosions of the battle, the Snow Scene is the true showcase for the beauty of ballet. From the moment that she stepped onstage, Snow Queen Leonora Voigtlander was as pristine and perfect as pure snow; one moment she appeared to be gliding smoothly across a frozen lake, the next floating softly in a wintry breeze. I personally would have liked a bit more attack and precision in some moments to compliment the accents of the music. Her extension, while incredibly dazzling, looked less like a conscious choice of strength and flexibility than it did a natural attribute that she had little control over. Very nice partnered moments came from Voigtlander and Snow King Jacob Garrett. In many versions, Snow King is little more than a lifting vessel for the Queen, but this production showcased both dancers. Garrett was not only powerful in steps but brought an engaging and musical sense to the regal role. As an audience member, I could feel a true presence shining from his eyes and expressing itself through beautiful dancing. The corps of snowflakes were a bit loud in their pointe shoes, but were light and sharp in what looked like exhausting, yet delightful choreography.

Act two brought all of the color, grandeur, humor, and grace of the separate scenes of act one all together. I did not care for the displaced variation of the Sugar Plum Fairy at the beginning of the act. I feel as though a very hard piece of choreography and beautiful execution went unappreciated thrown in before the proper unfolding of the story. Better to let Clara and the Prince sit down first before the real dancing begins. The Spanish dancers were feisty in sort-of boring choreography but I will say that if you’re doing petite sissone ferme a la second you should probably point your feet. Vanessa Woods and Elliot Geolat were wonderful as Arabian Coffee; Geolat’s sensual and strong presence seemed to heighten her serpentine eroticism and  the two had great chemistry in hypnotizing choreography. Chinese danced by Tiffany Mori and Jacob Garrett was well-executed but I wished that they did more in the short variation. About a third of the brisk and perky music was given over to sustained lifts, which were no doubt impressive, but seemed ill-fitting to the score. The Russian Candy Cane variation was different from most versions; it’s usually a group of burly men doing flashy tricks. This version was a corps of students led by a soloist male dressed like a clown, all holding hoola hoops. The corps was a little out of sync but Alberto Rodriguez was memorably athletic and artistically enchanting as the lead. Not a bit out of sync were the stunning group of ladies as the German Marzipan in difficult yet elegant choreography. This was perhaps my favorite variation of the evening as the dancing and choreography were clean and classical. Tanya Strautmann was notably impressive in a tricky pique menage through the two other groups of already turning ladies. Both the staging and stagecraft at work was simple, lovely, and left nothing to be desired. The French Polichinelles were a breath of fresh air and a welcome chuckle amidst such serious dancing, although there were some seriously talented young dancers amongst the group. The large group of waltzing flowers weren’t particularly memorable in choreography or execution but served as a nice background for the lead flower, which the program oddly doesn’t specify. I am pretty sure that I recognize the luscious port de bras and graceful carriage of dancer Erin Swinney, but she isn’t listed so I cannot be sure. It’s a pity, because I’d like to compliment the dancer on her wonderful fouettes while surrounded by waltzing corps.

Finally, Kate Rouzer as the Sugar Plum Fairy returned with Milan Valko as the cavalier. Both were spellbinding in presence, but Rouzer was especially enthralling. This is a true queen of ballet, in perfect control over her technique, musicality, and therefore our hearts. Sweeping, strong, delicate, balanced, suspended, take every adjective you would want in a performance and it applies.  A few moments came in the pas de deux where the couple seemed unsure of how many partnered pirouettes they were going to attempt. It seemed at times like Valko was holding her back and then paddling her around but it was otherwise flawless. I was sad that the Cavalier’s variation was cut but the finale offered opportunities for both leads to show some skill. You could see Rouzer slightly lose steam around the seventh fouette moving down the diagonal but she refound her center of balance in a perfect double and then continued on to finish the set with a stunning arabesque that made you wonder why you even for a second doubted her perfection.

As the curtain closed and Clara awoke from her dream, I was filled with that joyful holiday feeling one gets from reliving a well-loved tradition. That’s really what the holidays are about aren’t they; family, friends, love, and traditions. Amongst all of the many Nutcracker’s that I’ve seen or participated in, I will be thrilled to add St. Louis Ballet’s production onto my ‘things to look forward to during the holidays’ list. No need to check it twice.

6 thoughts on “Review: St. Louis Ballet in ‘The Nutcracker’”