‘Ding dong. Polar vortex at the door. Can Jess come out to play?’

No, not today. There aren’t enough dance warm-ups in the world. I would prefer to stay inside and do homework. Or my taxes. Or write another blog post while digesting a big bowl of Smitten Kitchen’s baked potato soup and half listening to old Seinfield episodes blaring from the living room. It is the best way to stay warm, I swear.

Maybe if I wear all of these shows at once, my feet will feel warm…

Which brings me to today’s topic;  weather-based ballet

The ballet, ‘the Snow Maiden’, is based on the Russian folk tale
Snegourochka. It opened on March 12 in -of all places- Texas. 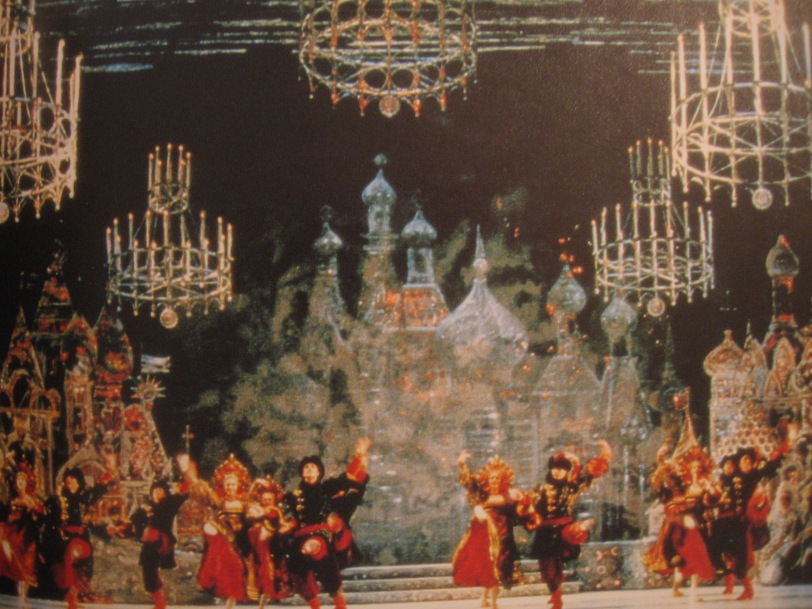 The Russian court, Act 3 of The Snow Maiden at American Ballet Theatre (photo by Jann Whaley)

The Snow Maiden, daughter of Father Frost, falls in love with a Russian Prince, Misgir and plans to marry him. But Misgir is already betrothed to another,Coupava. The Snow Maiden, following him southward to interrupt his wedding, falls victim to the warmth of the sun and melts. The story has inspired many works, including an opera by Rimsky-Korsakov and a play by Alexander Ostrovsky for which Tchaikovsky wrote incidental music.

Who wants to bet that the good audience of Texas could like, totally relate to someone melting in the sun?

‘the Soup Maiden! Nigella Lawson choreographs! The story of a cold cold girl who follows a food blog or two, melts some butter in a pan to make a lovely warm meal and goes to sleep.

Nina could audition for the lead role if she wanted to, but I’m pretty sure I have this one in the bag.

2 thoughts on “The Snowed-In Maiden”