Unlike the last two years, I forgot to mention how I spent Valentine’s day. Hooray, this year I was neither forgotten at a snotty new restaurant nor was I given a ‘rolling-through-a-stop-sign’ ticket. Success!

Valentine’s day list of love 2012 – my, how my tastes have changed.

My boyfriend surprised me with tickets to see Shen Yun– classical Chinese dance at the Peabody Opera House. I can’t say enough what a wonderful show this was- the dancing, the acrobatics, costumes, music (all live- including opera sung in Chinese, which I’ve never heard before), props, sets, hilarious folk tales and history served as subject for each piece. One of my favorites was about a warrior that was born out a giant meatball. It makes me look at Subway in a whole new light. 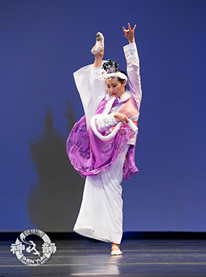 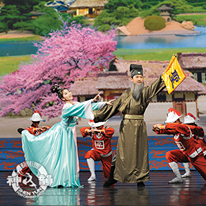 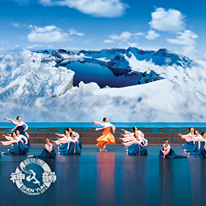 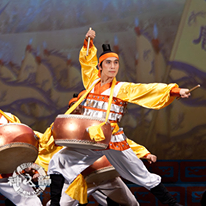 I say that I can’t say enough, but really what I mean is, I can’t say it in Chinese. After the show, Kevin and I were interviewed for the Epoch Times about our feelings towards the show and it was posted in Chinese. We tried to translate it via one of those ‘Chinese to English’ mechanisms. Enjoy much, dear friends!

ballerina, dance critic Jessica Ruhlin against musicians and her boyfriend Kevin Bowers watched the St. Louis, charm after the performance not 讚 did. (wen Fumikiyo/era)
2014 on 14 February, world-renowned American charm New York troupe United States joining us secret Su 里 State St. Louis, in Peabody Opera (Peabody Opera House) staged in the local first show.
Jessica Ruhlin was a ballerina in Missouri Ballet Theatre and many other dance troupes. She also engaged in dance comments, work has appeared in dance community well-known journal of dance Che (Dance Magazine). Ruhlin boyfriend of St. Louis Kevin Bowers local The Feed Percussion Ensemble, and also to composer-cum-singing.
Mr. Ruhlin Bowers and Ms. 14 late in watched the charm after the performance, said 10 appreciate this “outstanding performances. Bowers said: “performance wonderful, wonderful and a clothing colorful and diverse. ” as a combat musicians, said particularly fond of charm orchestra percussion. He also said: “I 10 appreciate the music performances, both classical elements, and percussion. Let me heard many ordinary have not heard of instrument. The show Vocal Performance, he said in the Chinese language for sang “very unique.” “There are also the solo instrument (the 2 Hu), it is really non-same where Ring for. ” to carry out
dance, the Ms. Ruhlin said that the charm artists dance virtuosity, “classical dance is so wonderful, actors are so rich flexibility, so lithe, it is beautiful shocking 歎. She said reward 讚 charm, clothing “are colorful and diverse, each to favorite.
2,” said charm 10 performances in educational, for they opened the door understand Chinese culture. Bowers exciting said: “The original in traditional Chinese culture, music is medicine. ” Ruhlin, said: “The two chairpersons of the orchestra and a story about a 10 help. But I never knew gymnastics elements from the China Cultural, that it is interesting, because the United States is very many children in school gymnastics, but we never know it comes from Chinese culture. “
Bowers continues, “There are also their performance do in turn the humor in the elements, that is really I love. In fact, the dance, it is very difficult. 2” also happy the heavy 複 just learn Chinese “I love charm.
Ms. Ruhlin also said that performance program give her Mo name moved “do not know why, I watching it feel particularly moved. The charm thought-provoking the lyrics, she said, “lyrics are also very warm and let him a refreshing, such as Mu harukaze. .”

Yes, the lyrics gave him- meaning me- a Mu harukaze…because I know what that is. As is evident, Kevin is a big fan of charm. Clearly, as he’s dating me, critic genius. Each to favorite. 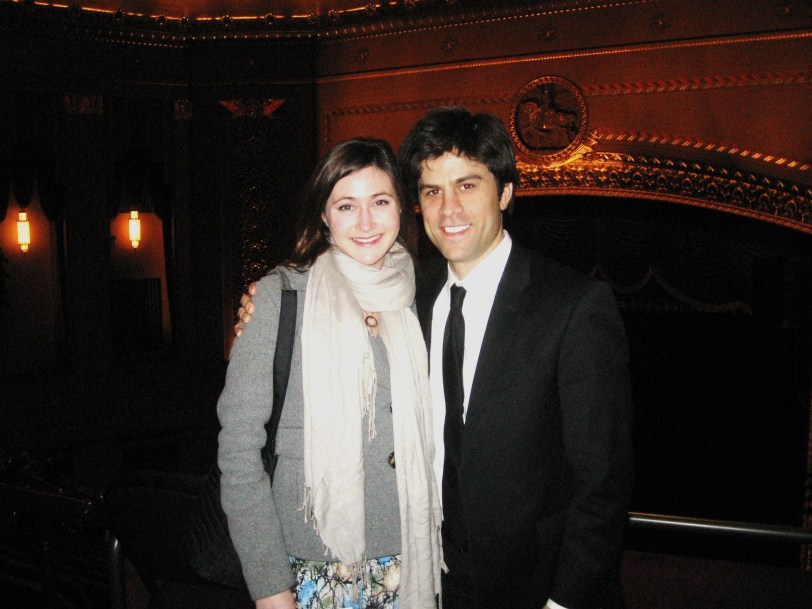 Perhaps a better sample of criticism comes in the form of this excellent article from the MIssouri Arts Council written by Barbara MacRobie . I’m honored to say this here blog was featured.
Read the whole article about Bloggers writing about various subjects of Art in Missouri here. I’m excited about checking out a few of these unfamiliar blogs and visiting the ones I already know and love.
Each to favorite blogs: I love St. Louis Theater Snob, I went to a show, and the Missouri Writer’s Guild blog.. The blog ‘Proust Eats a Sandwich’ I will most certainly bite, with a name like that and I’m curious about ‘Dance Healthier’ because I’m currently trying to do that. How perfect!

One thought on “Lost in Translation: hilarious dance review in Chinese”