This past Memorial Day Weekend saw the seventh annual Emerson Spring to Dance Festival here in St. Louis. 30 dance companies ranging from classical ballet to hip-hop and many styles in between travelled from across the country to perform in the adjudicated three-day concert series.

The success of the Festival has made Spring to Dance a veritable ‘who’s who’ of the most exciting, diverse, and accomplished artists in the dance and performance field. The strongest unifying factor of each of these A-list contributors is that movement is the medium used to communicate. This didactic curated experience provided a great variety of access points for a mass audience to the idea of dance as art, entertainment, and valuable commodity and each group had a different way of expressing this point. 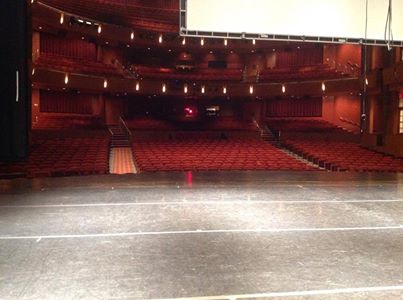 Saturday’s main stage performance opened with Indianapolis-based Dance Kaleidoscope in the bookend excerpts of Artistic Director, David Hochoy;s, ‘Heart of Joy’. The piece featured modern with classic graham vocabulary amidst a mix of swirling darting movement and carefully structured tableaus.Groups of three used often in canon provided nice exploration of the power of unison movement and different groupings at once. The brightly colored costumes by Cheryl Sparks both showcased the natural beauty of the dancers bodies while adding a sense of cheer and additional movement from the long skirts worn by the women. Challenging choreography proved the strength of the dancers while they still retained fluidity and strong, grand port de bras appropriate to Graham technique. The piece featured interesting partnering but became a bit of a trick show in the middle with flashy solos that were none-the-less impressive. There was a lot for the eye and little for the ear with repetitive Philip Glass music. Acclaimed dance-writer John Gregory once said “in a well-made ballet the music dictates the shape and pattern of the dance, remembering also that without music dance would be limited, lacking in inspiration and in danger of monotony”. This is probably true tenfold when the music if rife with monotony. The shapes here were beautiful, the music utterly forgettable.

Madco, a St. louis based modern company usually praised for athleticism was looking more graceful and gritty than ever in ‘Seven’, choreographed by Jennifer Archibald. This piece is the danced-out version of what it is to be inside the mind set of a champion, particularly that of narrator and Olympic gold medalist in track and field, Jackie Joyner-Kersee. Archibald managed through the language of dance to communicate a sense of competition, of being an underdog, of being alone with only your talents to get you through an experience. A few great highlights were the duet between two girls as Joyner-Kersee described training to be the best, a second duet between the tall and lovely Claire Hilleren matched with the tiny and fiery Nicole Whitesell, and a short but heart-breaking solo from R. Vance Baldwin. His confident walk followed by a suspended grand rond de jambe into a ptiched attitude derriere was the epitome of walking onto a field of battle and putting everything on the line.This was a perfect piece for dancers, a piece about training, being inside the head of a champion, a rare place to exist and experience.The percentage of us going to win a gold medal is miniscule, the number of us able to illustrate this drive and physical prowess through a different language is also small- ‘Seven’ provided a trickle-down effect of the most extraordinary people to reach a mass group in a language most don’t speak. It  didn’t hurt that we saw the real deal in Joyner-Kersee at the curtain call. Sometimes more thrilling to see the real thing than the illusion. For the case of the dancers, the illusion must be done with correct intention and the intention of a gold medalist is not an easy physical task to emulate. ‘Seven’ was at every turn done skillfully and exceptionally. It is common knowledge that technique must be strong to serve the artistry and this was proof of the opposite, that artistry ups the game of already-strong technicians.

Next was ‘Build‘ by Chicago Tap Theatre, a piece that sounded predictable from the get-go. It was less of a ‘production’ with rather pedestrian costume. While the live music was very enjoyable if was often too loud to hear the tap, even if the stage was probably mic-ed for the shoes. Build had, oddly, little obvious structure. The four dancers often travelling sideways facing into the wings, or even moving backwards but not in any recognizable pattern or shape.They seemed to carry out a lot of the more challenging steps while facing away from the audience and facing front for a lot of the ‘step touch’ stuff resulting in a lack of connection and excitement.  Normally in a dynamic tap piece, the feet do the talking but between the music and the lack-luster choreography they could barely be heard.

Opening act two was Cleveland-based the Dancing Wheels Company in ‘Straight Down the Middle’ with choreography from Dance St. Louis’ own Michale Uthoff. The open look of the stage awash in hot pink and red lights without the typical theatre wings was more like a rock stadium than a ballet venue. Set to music from Alice Cooper the piece was youthful, playful, sultry, and rebellious.It was fun the way teenage years are supposed to be. Jazz technique was used to make the piece showy in a good way. These are the kind of characters that should show off perfect jetes while wearing skin-tight pants. It seems like this piece set out to prove that dance could indeed be cool and it succeeded. It also set out to prove the inclusion of people of all abilities which is the only area that fell a little flat. The wheelchair-bound individuals possess a unique possibility for movement that even the most skilled dancer does not have and it would have been nice to see that utilized more in the piece.

Next was Rennie Harris RHAW in ‘Brother‘. Hip hop is a language movement so very different from that of classical ballet it would seem that the two would be in strict contrast of goals. With ballet, one must strive for lightness. In ‘Brother’ the six dancers seemed to defy laws of gravity, of bone hitting solid earth, of flips without momentum. In a piece about giving respect to our elders, our fathers, uncles, and brothers condemned without question, ‘Brother’ sounded like it was going to be a lecture and ended up being a party. It is interesting that hip hop is often considered a newer dance form and it was this medium used to celebrate the adult figures. Nothing knows the concept of the passing of time truer than our ever-failing movement ability and this piece was almost a joke, as if to say our old man could still do coffee grinders with one hand and the dazzling break dancing in the final sequence.  These dancers were having fun with themselves and us- encouraging all to take things lightly.

The closing piece of the gala was ‘Written and Forgotten’ danced by Grand Rapids Ballet and choreographed by Resident Guest Artist, Annabelle Lopez Ochoa.The piece was about the distortion of innocence, the return to childhood memories. The movement, costumes, and music were rampant with eccentricities but hey, we were all weird kids. Humans have a thirst for novelty at almost any price but this satisfied  both a lust of classical technique, fantasy, and innovation. It had it all. The more conventional man will prefer the conventional ballet- while the avant-garde will enjoy newer discoveries that sometimes threaten the classics with perversion. There is no denying the prevalent backbone of classical training necessary in this piece and executed by the dancers. Whatever the fetish or fashions, the joy is in the beautiful movement, the incredible held developpe a la second, the intricate partnering, the stunning detail of each developpe of the girl in red, with technical skill and soul of artistry. No matter how quirky the language, people are moved and uplifted by the spectacle and power of beauty.

I’ll be honest- this is the piece I want to do. This is the piece that spoke to me- perhaps due to my excessive nostalgia, my death grip on youth, the odd contrast between costume and exposure. I don’t even really get’ half of it myself; What was the red girl supposed to be? I don’t know but I could find myself in parts of this piece- the fantasy, the clownishness, a weird sadness and strange humor at the same time, how it was visual and colorful with those floating red balloons and half-naked simultaneously. The piece lived in my heart because I could see myself living in this world. Art, the stuff that sticks, lives and breaths because we live and breath; we give our lives and emotions and experiences to our understanding of any piece. Where we find beauty and truth and power probably says more about us as individuals than it does the piece. That is probably the loudest way that art speaks, by whispering in your own ear, “that’s you”. If only we could be so beautiful as each dancer from Grand Rapids Ballet. The desire to experience ourselves as these fantastic creatures is what keeps me, and many an audience members, coming back. What we learn from these explorations of art and movement, from these carefully selected offerings from incredible artists, is not just what we like, but that what we like is deeply entrenched in both who we want to be and who we already are. One can only guess what we will learn, see, love next year. 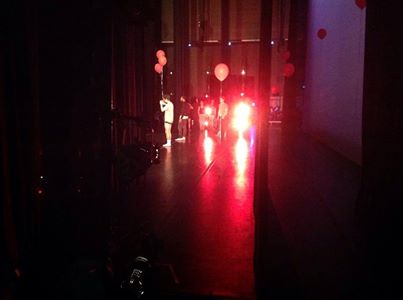 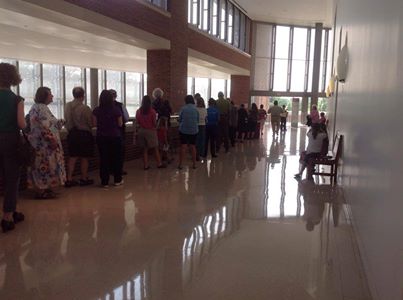 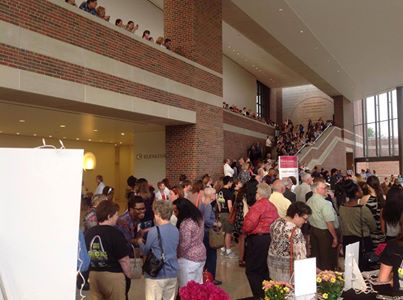 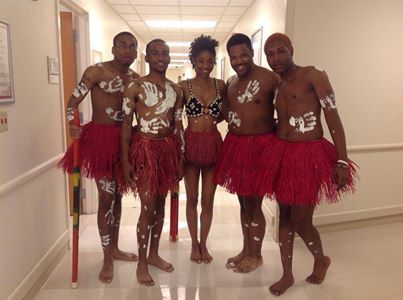 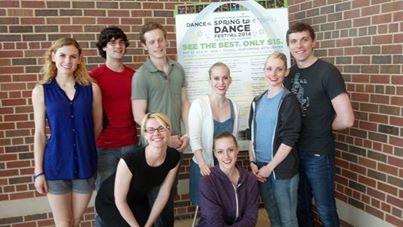 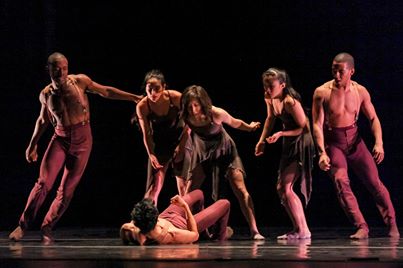 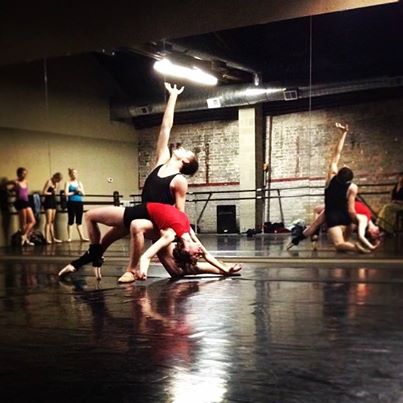 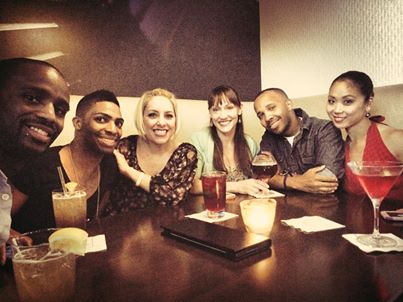 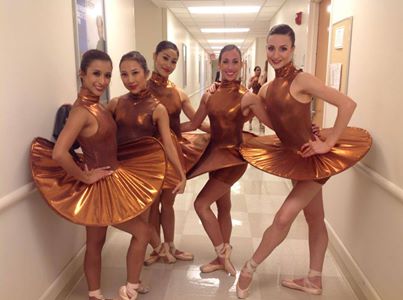 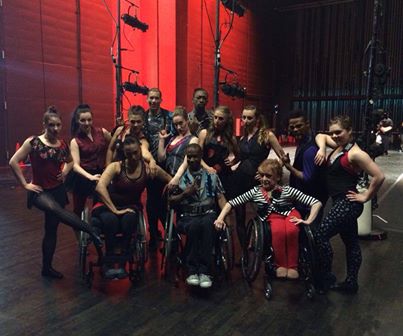 These are just a few posted by the generous artists gracing my backyard. See more on the Dance St. Louis Facebook or better yet, go see any of these fabulous creatures live whenever/wherever you can.