The Next Festival of Emerging Artists; Collaboration and Experimentation

On June 9th, 2018, the Center for Ballet and the Arts hosted a showing of new works from collaborative teams of choreographers and composers. These artists were brought together through the Next Festival of Emerging Artists.

Oh hey, I went to that last year.

Led by founder and Artist Director, Peter Askim, the festival provides opportunities to artists between 20-30 in a series of immersive workshops and performance events at Music Mountain, Connecticut throughout New York City.

The composer/choreographer/performer workshop at CBA took place over a brief day or two before the works in progress were opened to public viewing. Joining Askim were choreographer, Christopher D’Amboise and composer Aaron Jay Kernis providing critical guidance to the collaborations. With the goal of creating an equally engaged creative process between music and dance, the workshop provides an open space to experiment integrating the art forms. What resulted was works in progress that demonstrate the difficulties in learning to speak the language of another, and the imaginative evolution when these contact languages begin to communicate. 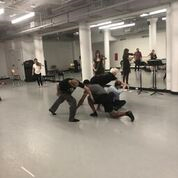 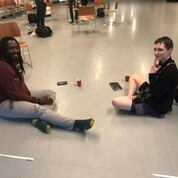 The first piece was described by the choreographer as having two parts, the first with a story, the second abstract. Beginning in a group center stage, the four dancers gestured with pointing hands to each other while the strings, off to the side, played discordant tones emphasizing the awkward questioning mood of the movement. As a melody begin to develop, the dancers moved into a canon with clear choreography rather than improvisation. There were many nice moments of choreography, particularly with the male/female duets but the uneven execution of the performers hurt the overall effect. One female almost kicked her partner in the head when she struggled with an attitude turn as he ducked under her knee. It was hard to notice the structure and nuance of the choreography when I was fearing for the dancers or distracted by the differences from technical ability to costume. The relationship between the music and dance was unclear and unfelt. With the musicians staged off to the side and the dancers moving in memorized sequences, this piece felt the least experimental with incorporating the art forms together. Although described as two parts, the distinction between the first movement and the second was unclear in the composition and choreography. The division between the two art forms however, seemed unchallenged.

The second piece focused on a central theme of time, and the stages of emotion created from impactul events life. The four stages were defined as tranquility, awe, elation, and wistfulness. Both music and movement gave a clear tone, a window into the emotion they explored, showcased, and evoked. It was interesting in this piece that the performers, both musicians and dancers, seemed unaffected by the integration of the other art form in realtime. This work came across like a finished and beautiful score accompanying movement that, if at all improvised, was structured thematically. This was a very successful collaboration from composer and choreographer in a unified conclusion on what these four emotions mean and how to explore them through clear and creative intent. The piece showed how very quickly it is possible to make something beautiful and lasting together when intentions mutually agreed upon and in their separate art forms, each participant is able to bring their best to the conversation. 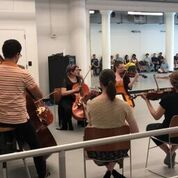 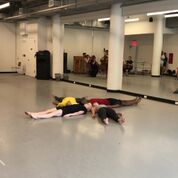 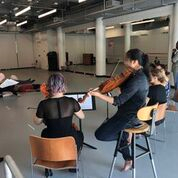 The final piece made the most creative use of space,with the musicians first spread out in the space, each watching one of the four performers. There was a clear relationship between the improvised music and dance, but who was providing the impulse cue was unclear. In this way, it was kind of fun; as the dancers seemed to be caught in a tightly-spaced perpetual game of tag,moving only after another player grabs random body parts, the music changing according to who was ‘it’. The choreographer stood just off-stage, calling out when the tap should turn to a slide for certain dancers,or when they should all ‘pull’,which rather abruptly ended the piece as all dancers locked into a grip and all ended up on the floor. The piece was interesting, playful, and provocative with enough conceptual detail to add further layering to the piece. I would like to see it further developed, with perhaps different types of instruments, or use of body parts other than hands to touch, slide and pull As a work in progress, this piece was interesting as it was and would be enjoyable to see further progressed.

The second part of the final piece played with verb applications as identified by metal sculptor, Richard Serra. Each dancer was assigned a verb to centralize within their movement through space. The musicians lined the upstage space,and played in accordance to the verb impulse of the dancer as he or she passed. As the dancers began to move in their distinct movement languages, the musicians circled them, and moved off to the side. Personally, I enjoyed their presence in the stage picture, as watching how they manipulate sound from the instrument added further visual interest to the idea of ‘verbing’ as artistic practice. They also provided some spatial structure to what was mostly improvisation from the dancers. It was in this piece that the dancing ability of the performers was most enjoyable, perhaps because they had both a clear direction and room to experiment as individuals. These directions were not given to the audience, it was a guessing game what these verbs might be; rotate, bounce, mold, slice,these were my guesses. I don’t have the sense that the role of the audience here was to get it right. It seems the aim of this piece was to develop the language as needed based on the idea, so that the musicians and dancers could communicate with each other rather than the audience.

With the exception of the gorgeous score from the second piece, none of the pieces here came across as stage-ready final productions. This is one reason why this festival is so enjoyable, because here are a group of artists taking risks, relinquishing control, and asking questions. In just three works, each team had a different approach to theme, to how much structure and guidance to provide for the performer, to the relationship between creators. Out of each came interesting, enjoyable answers to these experiments that will likely propel young artists forward in their own thinking and practice for the future. Providing the space, time, and chance to ask these questions of ourselves and our work is the greatest gift a teacher can give, and is exactly what director Peter Askim and the workshop leaders of the Next Festival provide. In almost every case, questions lead to better conversations, better learning, and better artistic products than a lecture. Don’t you agree? 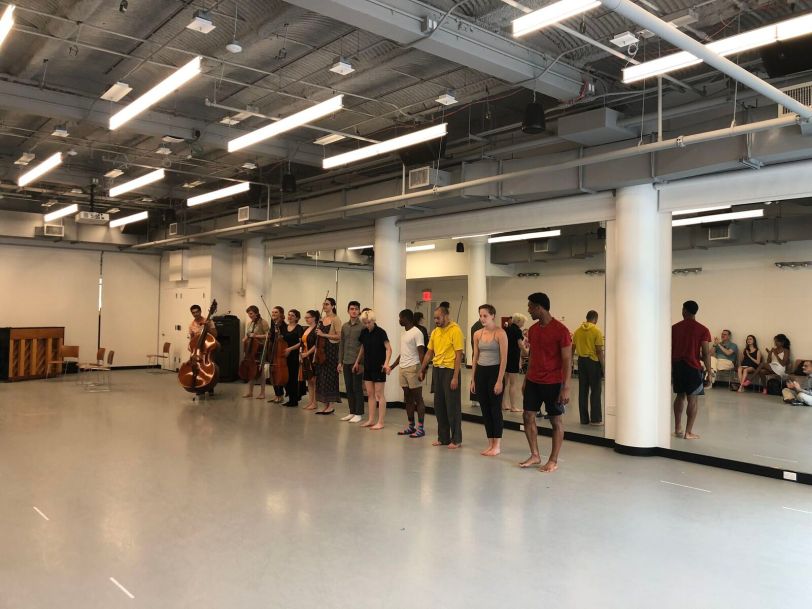 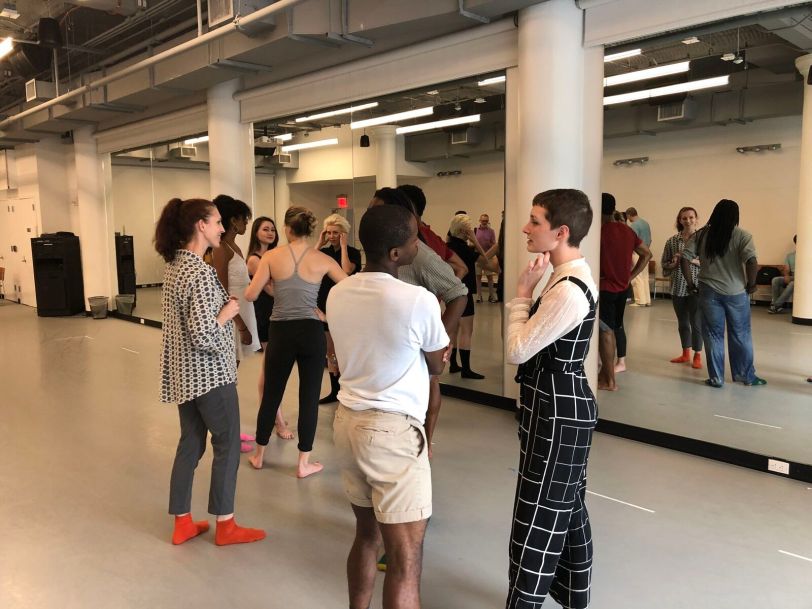 Oh look, you can see me and my friend Lindsey talking to the dancers. No surprise there. 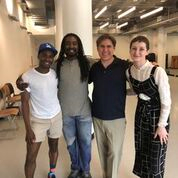 For more on the Festival, read all about it by visiting their website.

Full Listing of the 2018 Participants:

One thought on “The Next Festival of Emerging Artists; Collaboration and Experimentation”