On March 4, New York-based contemporary company Spark Movement Collective presented their family-friendly production of the Margery Williams story, ‘The Velveteen Rabbit’ at the Town School. Described as ‘ a classic tale with a contemporary twist’, the performance integrated dance, shadow play, and puppetry for a visual and auditory showcase which danced through multiple realms of imagination. 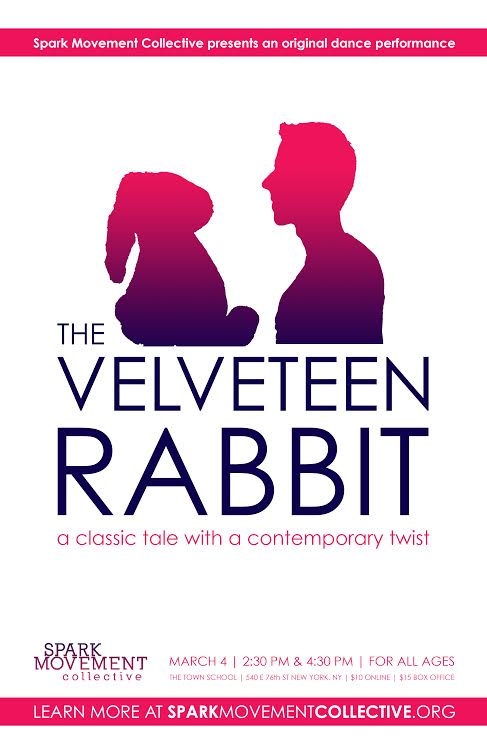 The text, narrated by Elise Sievert, remained mostly true to the original with modern updates from Spark’s Artistic Director, Chelsea Koenig. In this version, the lead character of the boy also receives an electronic tablet on his birthday, becoming so engrossed he does not realize when all of his friends have left the party. Interesting that a production beautifully including a mixed sound score, video production, and recorded narration would also contain a subtle dig at modern technology. Perhaps, Spark’s production also serves as a cautionary tale, a warning of the isolating use of technology rather than a vehicle for connection or as it was used here, further illumination and captivation. 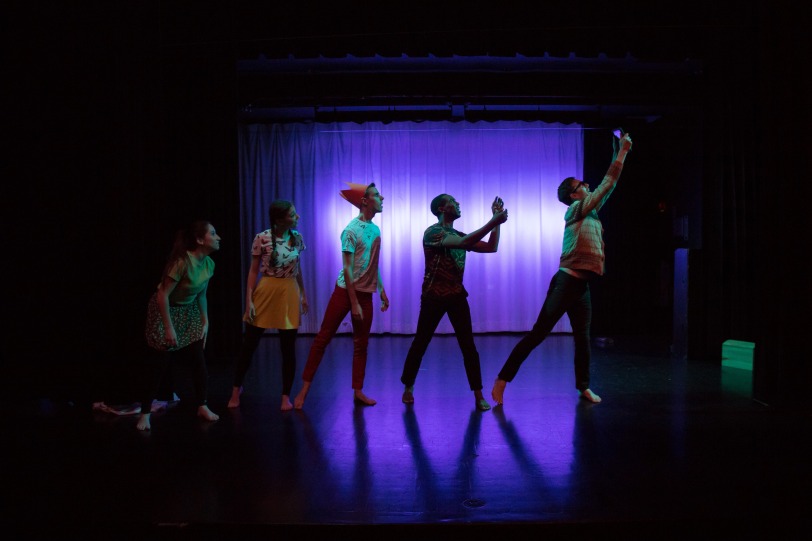 All photos by Celena Sinko

The reality of the current world is that it is fast-paced; we are told often how children growing up in the modern age have decreased attention span from the time before cell phones and the internet. The pacing of each scene in ‘The Velveteen Rabbit’ was beautifully crafted to keep audiences engaged, with changes in background light, costumes, music, and inclusion of prop such as hoola hoops and giant cardboard boxes. The change in setting with lighting design by Steph Wessels and sound, engineered by Lesley Shannon and edited by Brandon Hollely, kept a continual sense of stimuli and fascination to an already fantastic story. The production wove in moments of participation for the audience, holding up long pieces of green paper up to become the grass as the puppeters of the rabbit danced down the aisels. At one point, memebers of the audience were even invited to come dance onstage. It takes a surprising amount of knowledge and sophistication to craft work that both engages children and maintains a level of artistry. 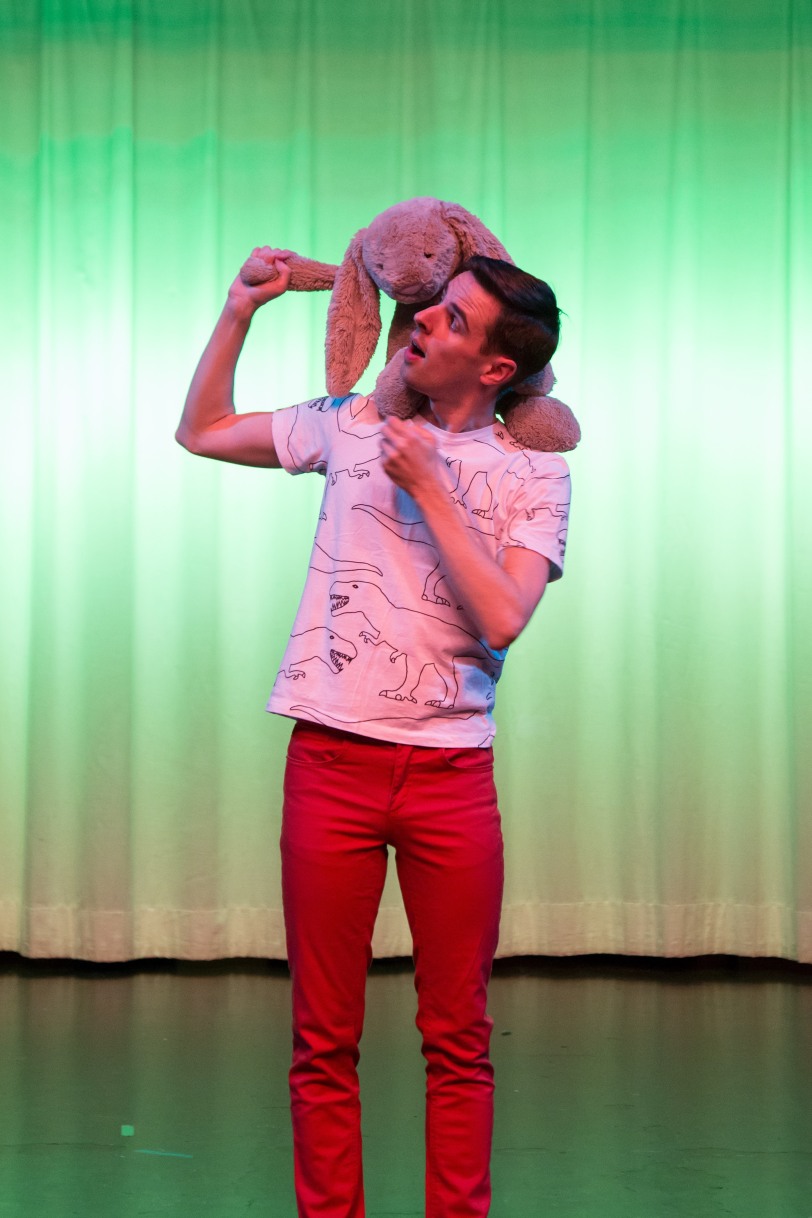 Each performer brought personality and charm to their role, with sporadic moments where technical dancing talent became evident. The imagined swimming scene between rippling blue fabric for instance, offered some solo moments that showcased the dancers. Ella Mansager, a young guest performer, brought crystal clean technique and youthful grace to her role as the Fairy of Nursey Magic.The dancing covered a wide breadth of style, with ballet and modern influences, jazz and even house moves like the prep in the party scene. Intricate moments of partnering, lifting Matt Dittes as the Boy and a particularly nice pas de deux between Reginald Webber Jr. and Melissa Herchakowski as the Horse and the Velveteen Rabbit, provided playful interaction between the characters. Movement was illusory, loaded with wit, creating connection to everyday experiences and pathways into adventure. Especially delightful was the choreography used in shadow play, where it appeared the Boy and the Velveteen Rabbit entered new worlds, climbing tress, and dodging snakes all done with the dancers bodies, a curtain, and light. 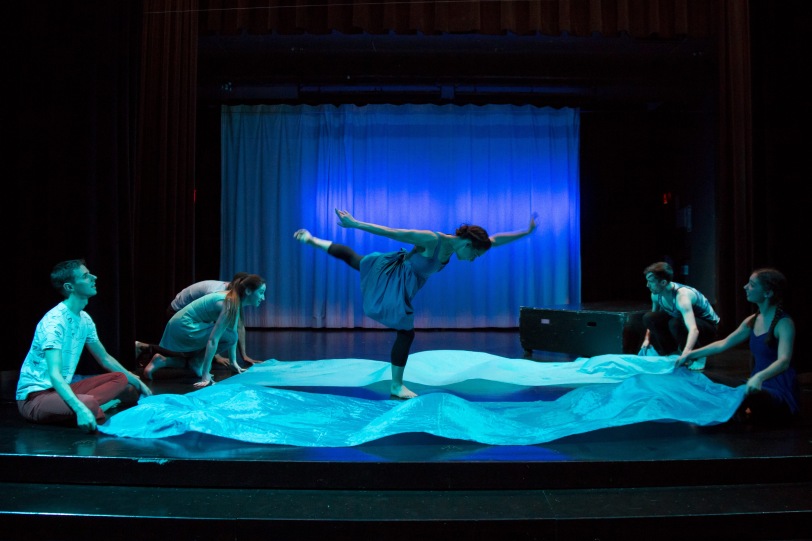 One of the smartest elements of the choreography was the inclusion of prop that children will have seen in their everyday lives, things like hoola hoops, boxes, fabric, stuffed animals. These are relatable objects that the performers manipulated, climbed into, or danced under, serving as a reminder of how much can be done with something seemingly humble. A transformative aspect of performing art is the opportunity to connect with the fantasy onstage. This possible connection is beautifully evident in ‘The Velveteen Rabbit’ through the story and the playful creativity to which it like it’s title character, is brought to life. 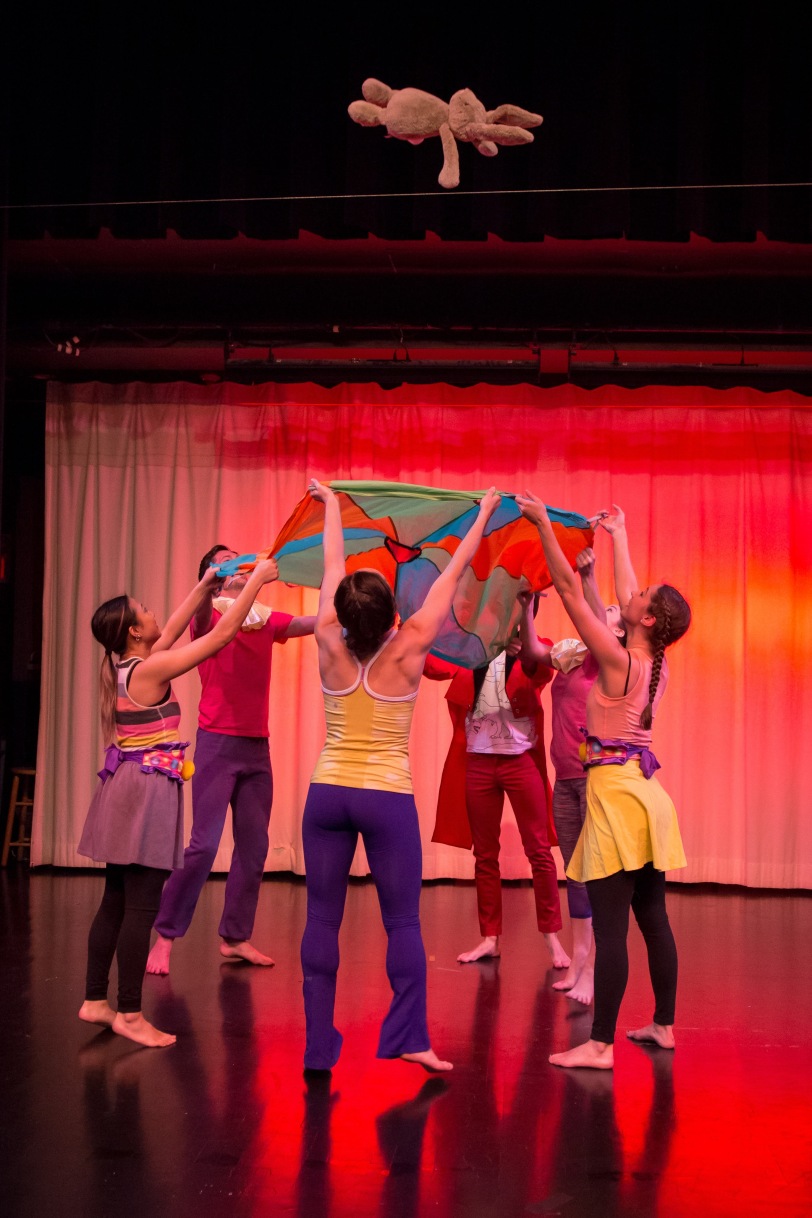